There was a lot to accomplish during this last trip of the season to some of the more rural villages.  First, we had a challenge when the teacher who was supposed to teach the art of weaving to a student from Ban Phone (in the distant highlands).  She moved out of the area but another teacher was found eventually and the student lined up to come to Nong Khiaw for training for 2 months.

Teacher and student outside the teachers home. It took about an hour to put the loom together – pieces didn’t exactly fit so had to be recut and shaved by hand. Colourful threads adorn the frame for the picture. 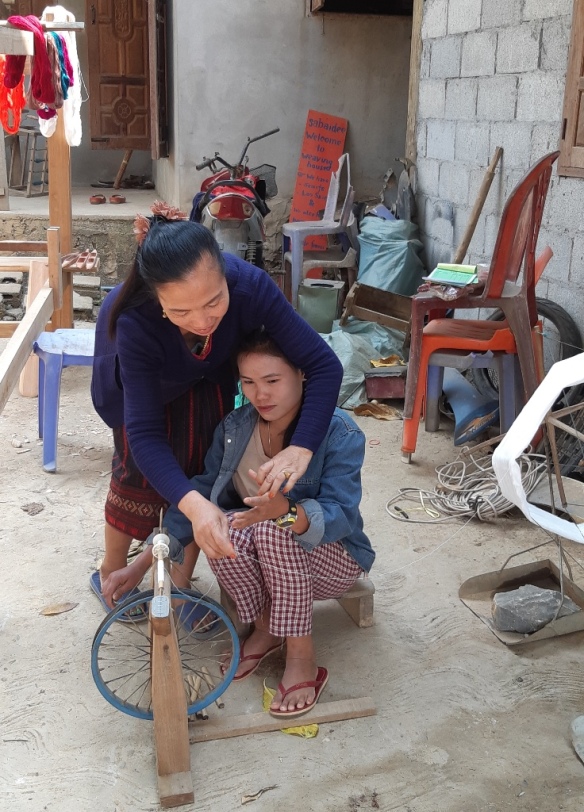 Lesson 1: Thread is unravelled unto smaller spindles. As one can see, there are more parts to this than just the loom and thread. We will endeavor to make the additional equipment before the student heads home. 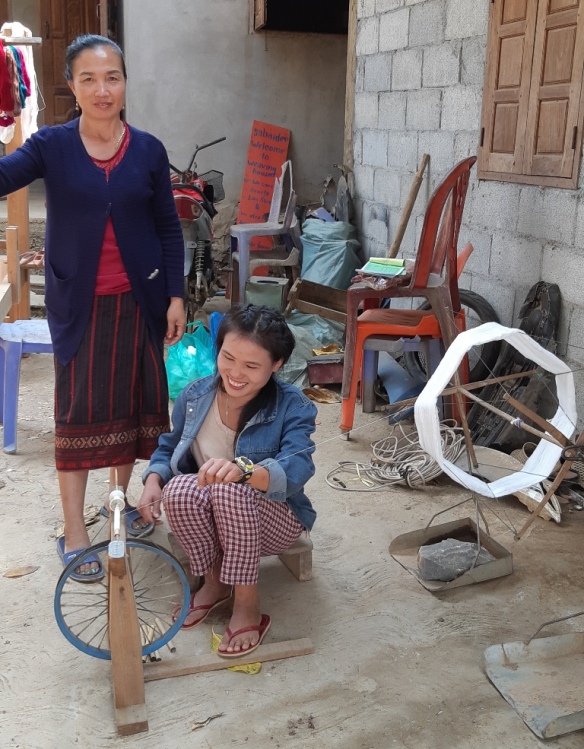 The intent is for the student to take back to her village, the lessons learned in order to teach others and offer products to sell to the public. This will increase the general wealth of this poor village.

Beautiful view from the village of Sandluangnoi, albeit smokey from the multiple fields burning at this time of year. Many villagers have respiratory issues during March and April.

Typical homestead with thatched roof. At least the village has electricity, although many of the residents can’t afford to run it to their house.

This is the only source for village water (just outside the village and down a hill). Using a makeshift trough, they are able to get a little water. This source will dry up completely in the next couple of weeks, at the height of the dry season.

These are two of the villagers that plead with us to provide a permanent source of water for the village. The cost is estimated at $38,500 CDN to provide dam, water tank, taps and lots of pipe. 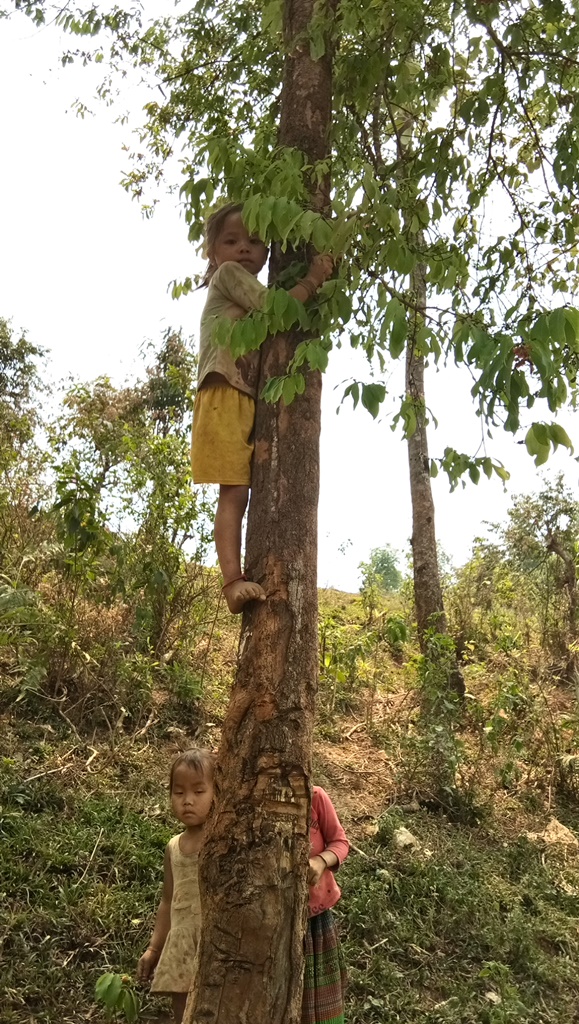 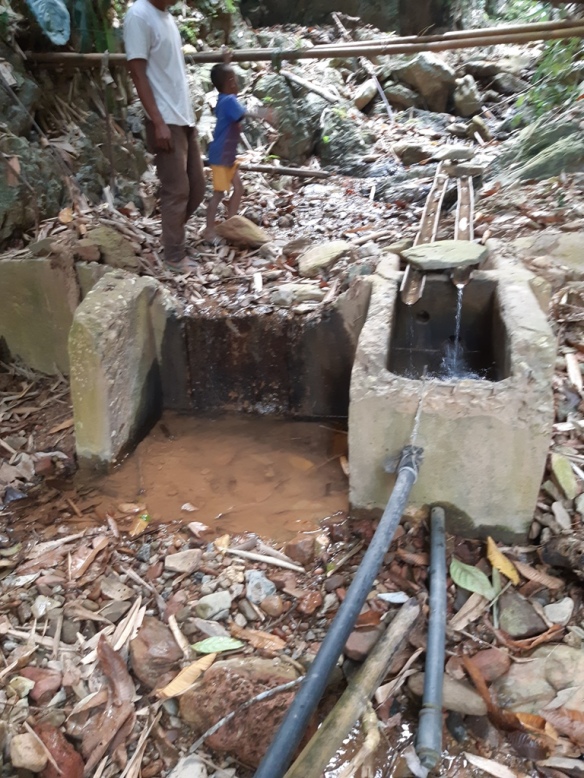 Next Village was Pha Yong. Pha Yong was the first village we assisted 10 years ago with a Kindergarten and 22 banks of toilets for the large village. You will note lots of damage to the dam caused by rock slides during the rainy season. They are currently using temporary bamboo piping to augment the water going into the compartment. The concrete lid has been destroyed…likely downriver somewhere. 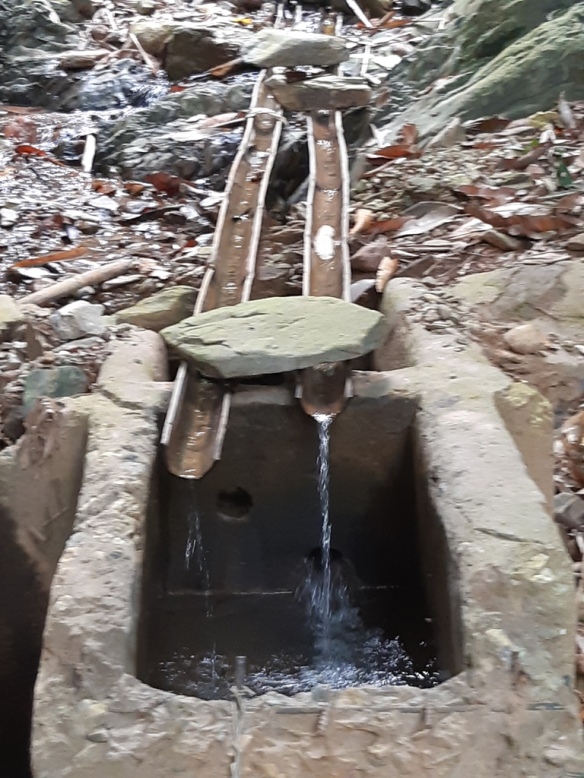 A better view. This dam is a 3km trek through the forest and along the stream.  The dam will be relocated a short distance upstream and some additional pipe added for a little over $2,000.  The alternative would be to use a larger river source, but the price would have been about $12 – $14,000.  It is at the end of our season and our funds are very limited so they settled on the first option.  This project will be started shortly. 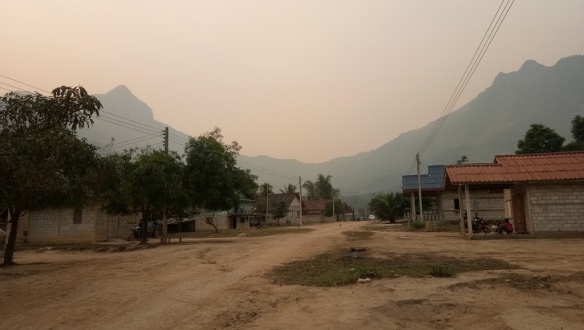 I sure miss this beautiful village.

We were looking for the pictures of Thong Lom but to my dismay, they were accidentally deleted.  Fortunately the village is on a fairly main road so next time our coordinator heads up that way, more will be taken.  Suffice it to say, that the taps were bone dry…not a drop.  The estimated cost of that project is just over $30,000 to bring permanent water to that village.  Fortunately our coordinator will be heading back up in less than a week.

The villagers claimed the trek to the dam in KaChait was 10 minutes. It turned out to be 4km each way and not exactly a walk in the park.

Perhaps not the best picture but the dam wasn’t full, despite their efforts to clean everything out.

They cleaned a screen at the entrance to the dam but didn’t seem to help much. 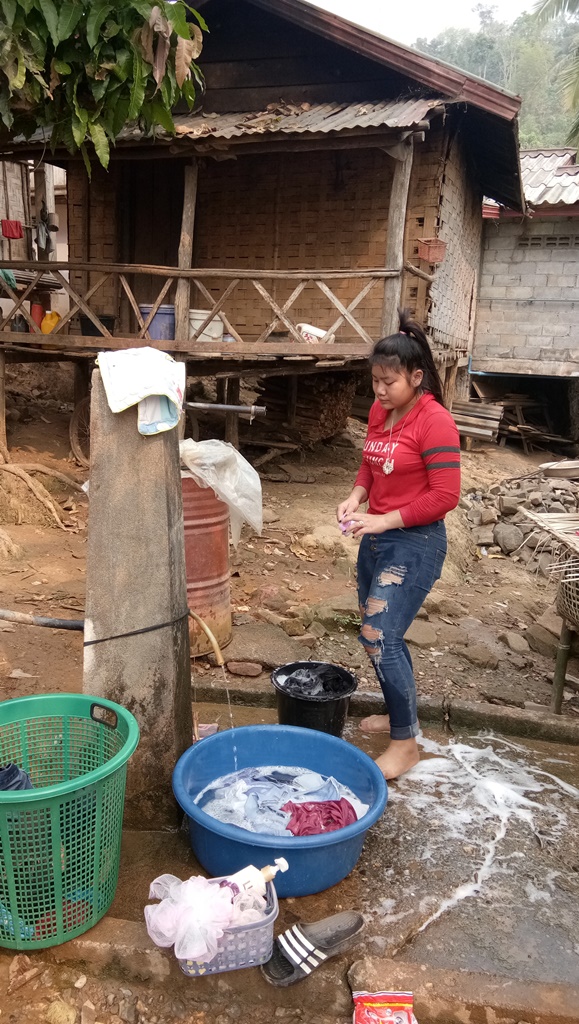 By the time the water was run to the village, this was the only working tap…and just a dribble of water. This project is expected to cost just over $43,000 CDN

We visited several other villages to review requests for smaller repair projects, along with a 4th large water project – the village of Kew Ha.  It is doubtful that our fundraising efforts will be enough to do this village with a cost of $32,000 but we will see.  We are hopeful that we will be able to do a couple of the smaller projects.  Time will tell.

For those of you who follow our blog, we look forward to catching up with you, either by presentation to your club or organization, or in person in the upcoming months.